The Internet has been changing our life since its emergence. However, its recent changes might be considered the most crucial. For instance, the increasing popularity of Social Network Sites (SNS), e.g., Facebook, Twitter, Google+. Investigating the use of SNSs has been a fruitful research topic. Nevertheless, there is inadequate research about the impact of specific cultures on Facebook usage, such as the Arab culture. In this research, I investigated the effect of culture on Facebook usage by Arabs and compare this effect with the effect of German culture on German Facebook users.

I used primarily Hofstede’s cultural model to describe both Arab and German cultures. However, due to the several specialties of Arab culture, I also gave an overview of the main characteristics of this culture. The relation between the Internet and culture has been gaining an increasing attention, where the expansion of the Internet has affected the way people practice and experience culture. Therefore, focused studies are required to understand the emerging types of social networks, because they mix both traditional (e.g., culture) and non-traditional (e.g., SNSs) worlds together.

I identified a set of 13 constructs that I investigated in the context of Facebook, e.g., enjoyment, relationship maintenance, awareness, trust, privacy concerns, informational justice, and interpersonal justice. To measure the effect of culture on these constructs, I created two surveys with around 90 distinct questions in total, translated these surveys carefully into Arabic to avoid any bias in the expected results, and published them among Arab Facebook users through multiple channels, e.g., Facebook, universities’ mailing lists, personal messages. I was able to gather 433 valid participations in both surveys.

The results show that most of the Arab respondents find Facebook enjoyable and entertaining. I Results also show that Facebook is typically used by Arabs to impress others and present things they are proud of to others. The majority of the respondents believe that Facebook helps them maintain their relationships. Additionally, the results show that Arab users get the required emotional support from their Facebook friends and using Facebook increases their offline participation. The results reveal a couple of relative similarities, several clear differences, and other border-lines. Both Arab and German respondents show relatively similar attitudes in terms of enjoyment, and relationship maintenance. However, they show clear differences in terms of self presentation, emotional support, awareness, control, and trust in Facebook. The differences between Arabs and Germans on Facebook are not so clear in terms of offline participation, networking value, and privacy concerns. I believe that additional research is required to clarify these issues.

Further research findings are published in the following research publications: 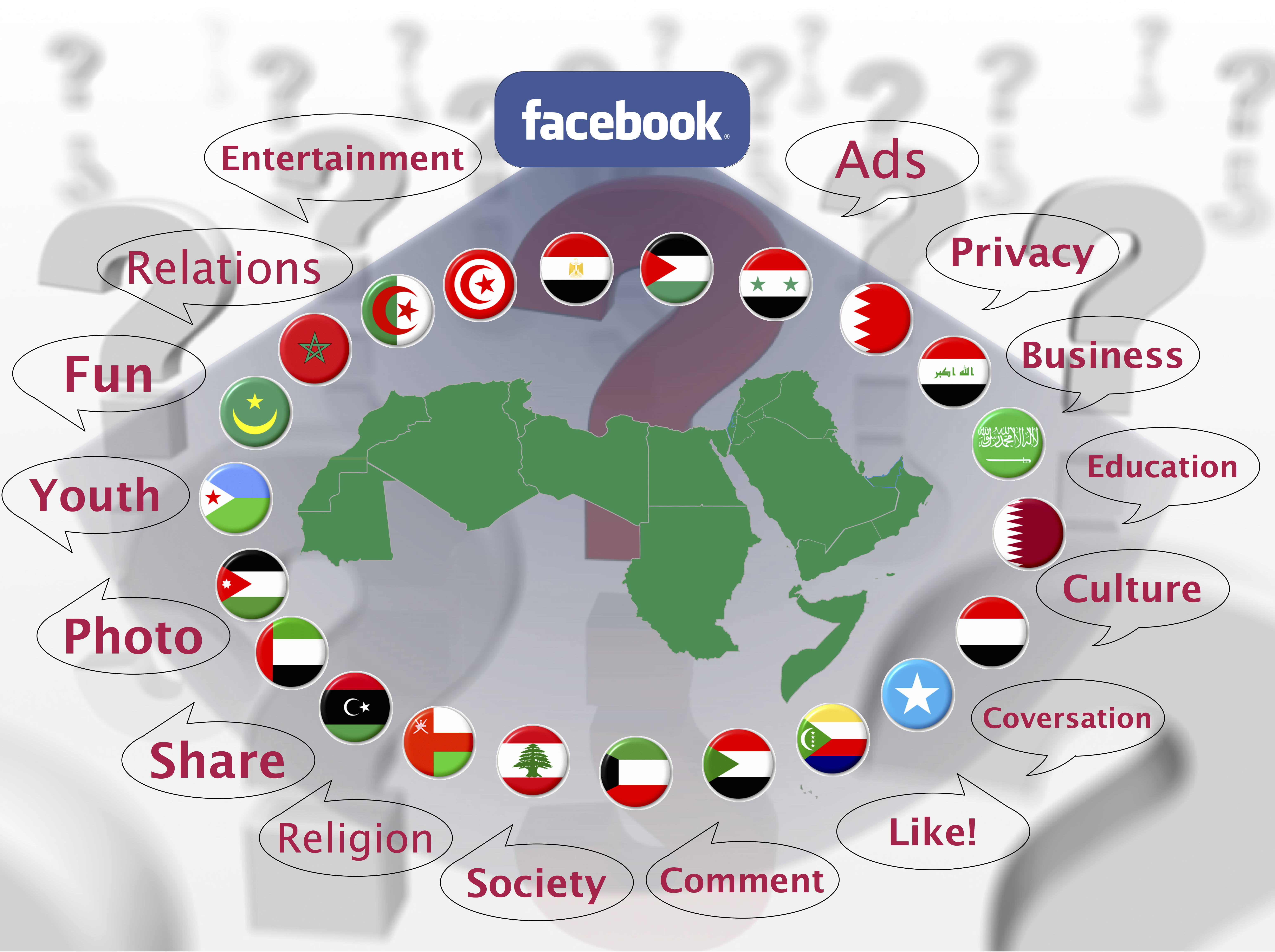